In this this two part series, Moby takes listeners on a track by track account of his acclaimed album Play.

In conversation with Radio 2, Moby doesn’t claim to have anticipated any of the record’s success; “Maybe this is a bad thing to say, but I still don’t think the music on Play is better or worse than the other records I’ve made. Obviously I’m mistaken. I don’t know why any of these songs connected with people.”

“If I had to possibly [guess], it’s because there’s a vulnerable, emotional quality to a lot of the music. And it was released at a time when there was not a lot of vulnerable emotion in music… I made this record in my bedroom, with broken equipment, after my mum died; so I think there was an inherent vulnerability in every aspect of the creation.”

Listen to the first and second episodes. 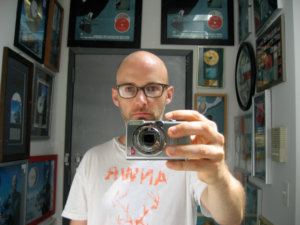