yesterday i was driving through the odd part of east hollywood that is sometimes known as thai town or little armenia or east hollywood or hollywood or the boulevard of broken dreams or, as i like to call it: home.
and while driving through home (or home adjacent) i stumbled upon this giant orthodox church cathedral that also looks like a giant orthodox space ship.
and yes, that's academic architectural writing at it's finest, to compare a beautiful house of worship to a spaceship.
but i'm neither academic nor an architect, so i'm giving myself a pass.
and yes, it looked, and looks, like a spaceship.
and yes, it's gigantic.
well, by east hollywood standards, where very few things are actually more than a couple of stories tall.
except the hills. they are more than a couple of stories tall.
and i'm proud of my ignorance as regards this orthodox space ship.
i don't know when it was built, i don't know who built it, and in my extreme ignorance i don't even know what faith it represents (armenian orthodox would be my vaguely educated guess).
but contextually and aesthetically it's amazing, as spaceships usually are. 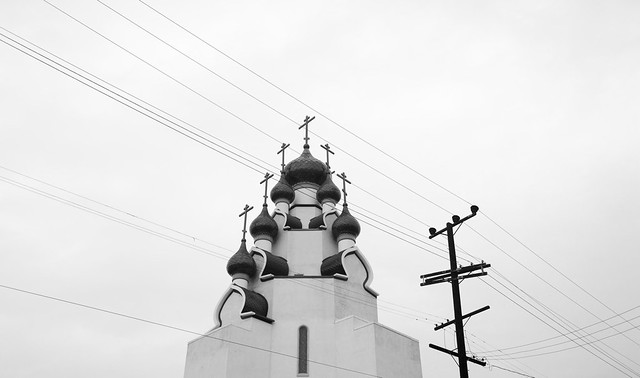 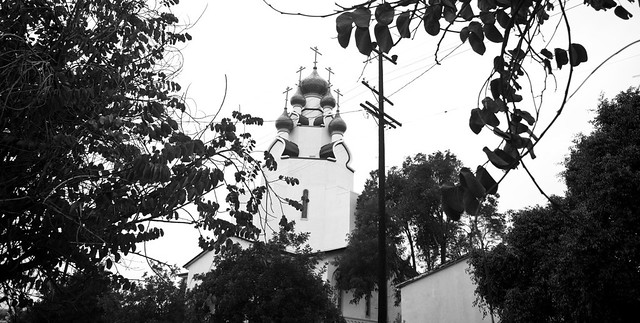 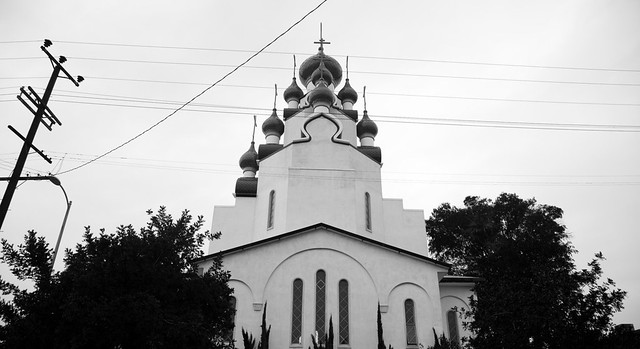 i'll stop rambling now, as it's late and i should probably go to sleep rather than advertise my ignorance by writing about orthodox spaceships.

thanks, and good night.