i’m headed to nyc for a few days (dj’ing in brooklyn on nye, which should be fun).
in the meantime here is l.a at it’s most impressive and glamorous. 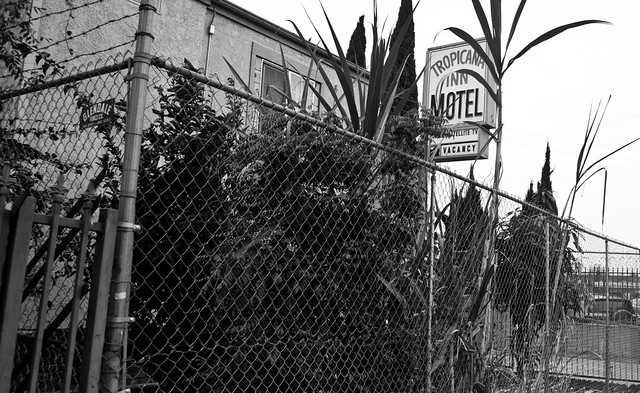 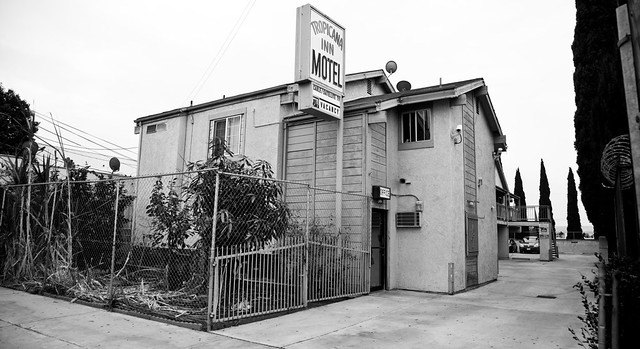 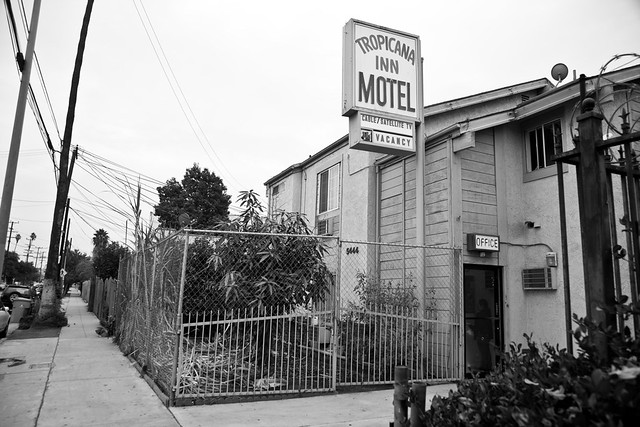 the tropicana inn motel.
when i was growing up i had media fueled visions of l.a being a land exclusively comprised of palm trees and movie stars and endless beaches.
then at some point i realized that although there’s no shortage of palm trees, movie stars, and endless beaches in l.a there’s also an endless supply of borderline squalor.
and that at some point in almost every successful angelenos career they’ll find themselves in a place like the glamorous tropicana inn motel, either at the beginning, middle or end of their work life (or, oftentimes, at the beginning, middle, and end of their professional lives).
one thing i particularly like about the ‘tropicana inn’ sign is that the owners have smashed the ‘no’ part of ‘no vacancy’.
ok, off to snowy brooklyn for a few days.