when i moved to l.a a couple of years ago i moved into a strange and wonderful old (by l.a standards) house from 1927, but in moving to l.a i also inherited a john lautner guest house from 1962.

so: here are some pictures of my john lautner guest house, which i currently use as my office and studio (studio pictures aren't include here because, well, as nice as it is it just looks like a studio). 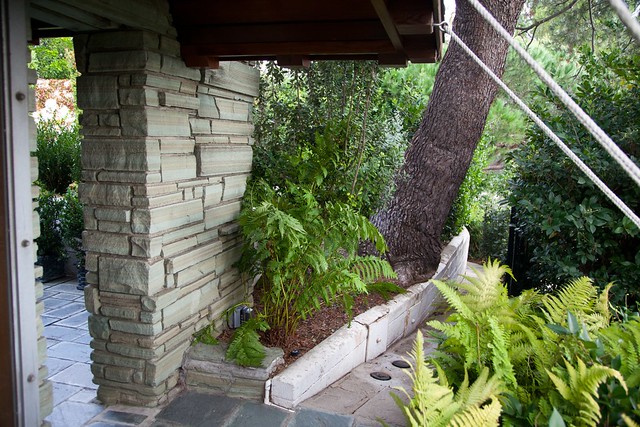 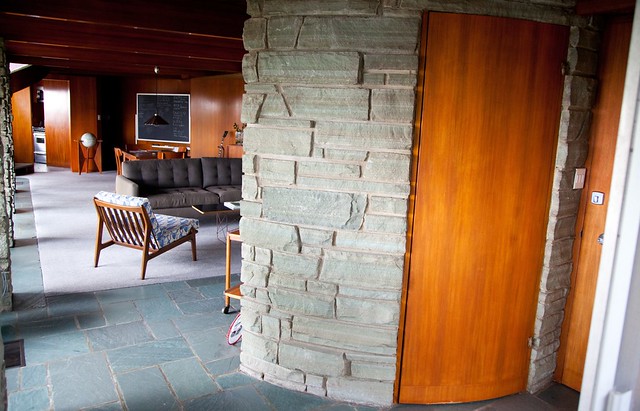 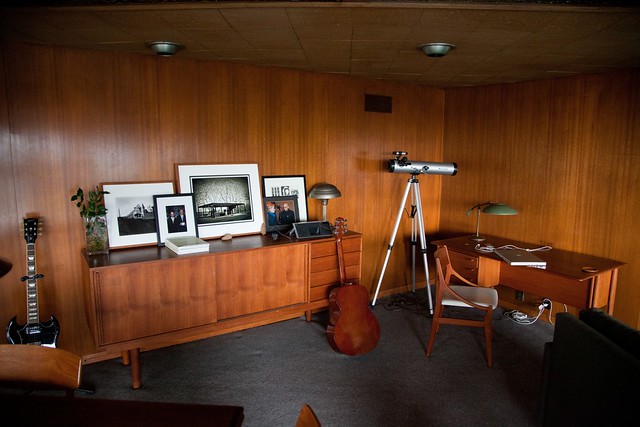 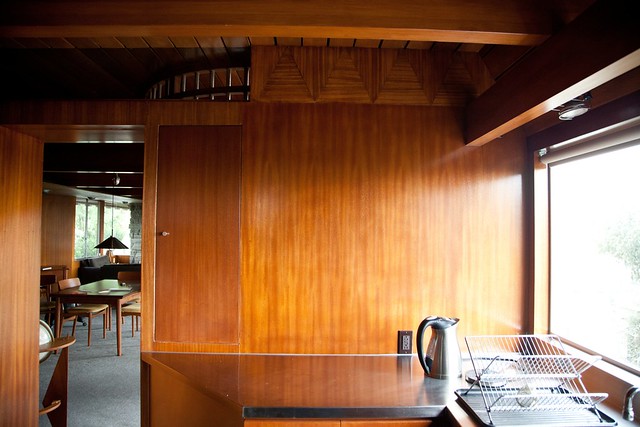 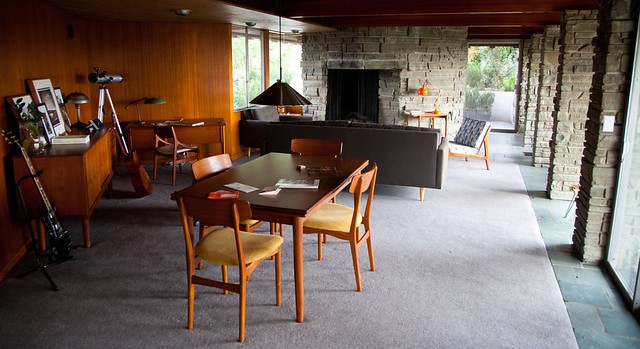 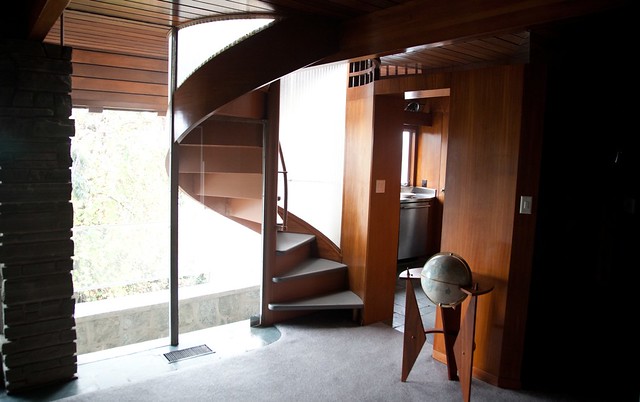 i don't know how the owner of the house in 1962 was able to talk john lautner into building a guest house on the property.
maybe they were friends?
maybe john lautner was bored and needed some work?
i have no idea.
but i do know that i'm a lucky architecture nerd to be able to commute (25 yards) to my odd little john lautner guest house every morning (oh, i hope it doesn't sound like i'm bragging. i mean, i guess i am, sort of. but i'm more just sharing my excitement at being able to go to work in a john lautner house every morning).
one of my favorite things about the house is lautner's use of the greenstone. i don't even know what greenstone is. but he used a lot of it in building the house, both inside and out. i also love that most of the house is clad in glass. although this is confusing to some people and dogs, as i've had a few instances where both people and dogs have stumbled into the glass. luckily neither person nor dog nor glass have been injured.
oh, a caveat/admission: i made one slight change…the original staircase going up to the roof had been painted brown at some point, so i removed the original brown painted fiberglass and put in translucent fiberglass in a steel frame. this way the light comes in and it generally looks nicer than brown painted fiberglass. i work under the assumption that lautner wouldn't mind.

and for the few people who might not be familiar with john lautner, here are a few links:
http://en.wikipedia.org/wiki/John_Lautner
http://www.johnlautner.org